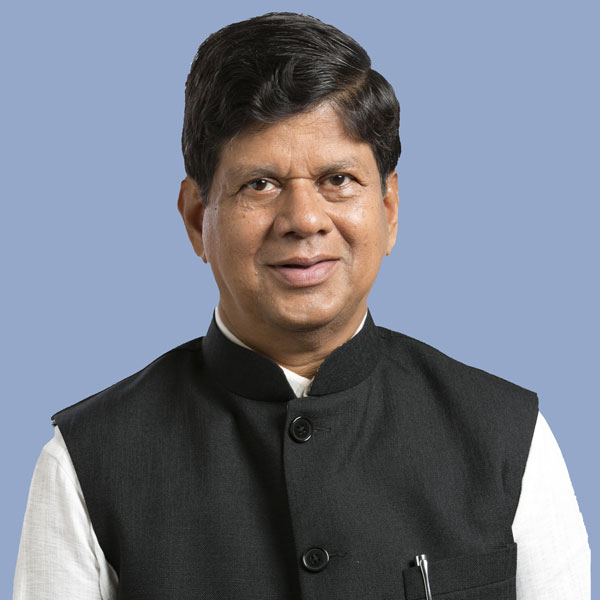 As a media baron, politician and social activist, Soumya Ranjan Patnaik is a household name in Odisha. Apart from being the man who instituted the largest media house in the state, he has also championed various social causes such as promotion of Odia language and culture, spreading awareness and conducting massive blood donation drives.

Currently the sitting MLA of Khandapada, he was also elected as a Member of Parliament to the Lower House from Bhubaneswar in 1996. In 2018, he was also nominated as a Rajya Sabha MP by Odisha Chief Minister Naveen Patnaik.

An alumnus of the prestigious Ravenshaw University, Benaras Hindu University and University of Oxford, with over a decade-long teaching tenure, Patnaik is a mesmerising orator. His contagious youthful charm and exuberance have also made him an inspiration for the youth. In spite of his busy schedule, his keen interest in cricket and soccer draw him to various tournaments all over the world.

Monica Nayyar Patnaik, is a management professional with a rich experience of 27 years.
She is the Managing Director of Sambad Group – Odisha’s No.1 media house. Its flagship brand in print is “Sambad”, Odisha’s most widely read and largest circulated No.1 Odia daily. Others are FM radio “Radio Choklate 104 FM- Odisha’s apna No.1”, TV- 24×7 Odia news channel “Kanak News”, Entertainment- Eastern Opera, Digital- sambad.in, sambadgroup.in and CSR- Ama Odisha.
She is the Past Chairperson of FICCI – Odisha State Council. She is the Governing Body Member of AROI (Association of Radio Operators of India). She is the Managing Committee Member of International Advertising Association (IAA) India Chapter.
A student of Delhi Public School (R K Puram), she was a three-time topper of the prestigious Hindu College. While pursuing post graduation in Molecular Biology from Delhi University, she also held fellowships from the renowned Indian Institute of Science (Bangalore) and did business management in international and domestic marketing from Delhi. Furthermore, she has completed a leadership course from University of Oxford, as well. She is also pursuing her PhD from KIIT School of Management. She is also a national governing body member of FICCI- Media &amp; Entertainment Skills Council.
Monica regularly participates as chief speaker, panellist, presenter in the national fora for media and entertainment and has been a soft skills trainer for IT giants such as IBM, Infosys, etc.

Tanaya Patnaik, who heads the radio, television and digital wings of the media house, is an alumnus of the prestigious Warwick Business School in England. She is extremely passionate about new media and has been pioneering the group’s foray into digital platforms. She identifies herself as a proud Odia and actively promotes Odia culture via Sambad Group’s various platforms. Tanaya is also keen about the ‘Street Store’ project and was instrumental in introducing this concept in India for the first time in 2014.